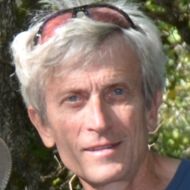 In creating Persuasion, I was inspired to capture the tension that naturally exists in an intimate relationship. I am particularly intrigued by strong, spirited feminine energy and the interplay of that with the masculine desire to be dominant. Further, I was interested in rendering a sculpture that expressed that dynamic in the lines of the piece itself. Persuasion depicts an image of a male and female tugging in opposite directions. The image can conjure many questions. Are the figures caught in the eternal tug of opposing intentions? Does each playfully want to show the other his/her perspective? Is she saying goodbye and he is begging her to not leave? And can this image be viewed as a metaphor depicting the different sides of ourselves that oppose each other in our psyches? Can we let those opposites become a dance? 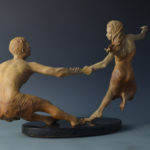 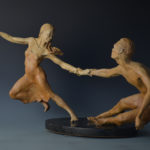 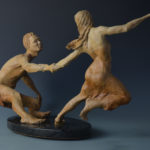 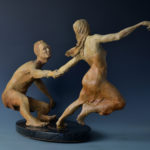 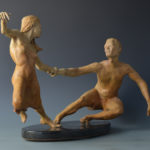 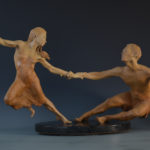 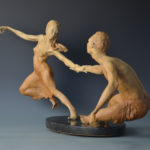